Uttar Pradesh Technical University (UPTU) Conducts UPSEE exam every year for the admissions in various courses. There are various courses that are offered by the UPTU/AKTU. UPTU is one of the most reputed university which have excellent colleges and offers various courses. The university offers undergraduate courses in engineering, hotel management, architecture and catering technology, fashion and apparel design, and pharmacy, leading to degrees of B.Tech , BHMCT , B.Arch, BFAD, B.Pharma. As the UPSEE Application forms are available online, so students who aspire to take admission in college under UPTU must fill the application form

To know how to fill UPSEE application form CLICK HERE

As every student have their own interest in different fields so here is the list different branches offered in UPTU with branch codes.

Below is the list of various branch offered in engineering course with their codes.

According to their area of interest students can opt for any of the course. As choosing the right course will help students to go in direction on their path. This was all from our side about UPTU branches and their codes.

If you have any query regarding the post of anything else related to UPTU, you can leave a comment we will reply to you at the earliest.

UPSEE entrance exam is conducted by Uttar Pradesh Technical University, Lucknow. For admission in various professional courses like B. Tech ,B.Arch ,B.Pharm, BHMCT, BFAD, BFA,MBA,MCA, MA in different government and private colleges of Uttar Pradesh in various courses. All students who aspire to take admission in colleges under UPTU must check all the details here

To know about exam pattern of UPSEE 2016 CLICK HERE

UPSEE demands the same subject knowledge like other regional entrance exams for engineering. To appear in the upsee exam, an applicant must have a thorough knowledge of subjects Physics, Chemistry and Mathematics. The UPSEE syllabus will follow the core 11th and 12th NCERT syllabus. UPSEE mainly focuses on PCM as they will be needed later in engineering course.

Students must have the knowledge of exam pattern and syllabus of UPSEE exam. The they should focus on every subjects and use standard books.

UPSEE is one of the most important exam that can lead an applicant to reserve a seat in reputed UP engineering colleges. The exam is basically based on Physics, Chemistry and Mathematics subjects. The questions will not be from outside the syllabus taught in XI and XII or in the equivalent courses. The candidate appearing must focus on Algebra, Calculus and other vital portions while preparing for Mathematics. Organic and Physical part of the chemistry must be mastered and in case physics, the whole NCERT problems and theories need to be studied confidently.

Students must give equal time for each subject’s preparation. Just prepare well and then you will be able to get a good rank in exam.

Stay updated with the page to get all the information of UPSEE 2016 and other news related to AKTU.

If you have any query related to the post or anything else you can leave a comment below we will reply to you at the earliest.

Dr. A.P.J. Abdul Kalam Technical University conducts every year Uttar Pradesh State Entrance Examination (UPSEE), for aspirants seeking admissions to B.Tech programmes in the engineering colleges of the state. About 1.50 lakh engineering seats including around 4,000 government college seats at different technical institutes across Uttar Pradesh will be filled through this exam.

According to Dr. A.P.J. Abdul Kalam Technical University, 10 per cent of the total seats in Engineering/Architecture at private institutions in the state will be kept open for candidates of other states also. So 10 per cent seats will be filled on the basis of combined merit of UPSEE 2016.

Below is the detailed syllabus for the UPSEE Exam. All the students who aspire to get admission in various colleges through UPSEE can go through the below syllabus.

The syllabus is divided in 3 sections:

Vectors: Algebra of vectors, scalar and vector products of two and three vectors and their applications.

Binomial theorem for any index, exponential series, Logarithm and Logarithmic series. Determinants and their use in solving simultaneous linear equations, Matrices, Algebra of matrices, Inverse of a matrix, Use of matrix for solving equations

Calculus: Limits & continuity of functions, Differentiation of function of function, tangents & normal, Simple examples of Maxima & Minima, Indeterminate forms, Integration of function by parts, by substitution and by partial fraction, definite integral, application to volumes and surfaces of frustums of sphere, cone and cylinder. Differential equations of first order and of first degree

Statics: Composition of coplanar, concurrent and parallel forces moments and couples resultant of set of coplanar forces and condition of equilibrium, determination of centroid in simple cases, Problems involving friction.

Laws of Motion: Force and inertia, Newton’s laws of motion, and their significance.

Electrostatics: Coulomb’s law, electric field and potential due to point charge, dipole and its field along the axis and perpendicular to axis, electric flux, Gauss’s theorem and its applications to find the field due to infinite sheet of charge, and inside the hallow conducting sphere, capacitance, parallel plate capacitor with air and dielectric medium between the Plates, series and parallel combination of capacitors, energy of a capacitor, displacement currents.

Current Electricity: Concept of free and bound electrons, drift velocity and mobility, electric current, Ohm’s law, resistivity, conductivity, temperature dependency of resistance, resistance in series and parallel combination,Kirchoff’s law and their application to network of resistances, principle of potentiometer, effect of temperature on resistance and its application

Magnetism in Matter: The magnetization of substance due to orbital and spin motions of electrons, magnetic moment of atoms, diamagnetism, paramagnetism, ferromagnetism, earth’s magnetic field and its components and their measurement.

Principles of Logic Gates ( AND, OR and NOT ) Analog Vs Digital communication, Difference between Radio and television, Signal propagation, Principle of LASER and MASER, Population Inversion, Spontaneous and stimulated Emission.

If you have any query regarding UPSEE  Exam or anything else, you can leave a comment below we will reply to you at the earliest. And keep updated with the page to get all the information of UPSEE 2016

UPTU now called as APJAKTU to owe respect to our Ex-President Late Dr. Abdul Kalam. UPTU is one of the university having highest number of colleges affiliated to it and large number of students are passing out. Apart from various engineering exams, UPSEAT  is on top 5 exams .It is highly reputed exam in India. UPSEE 2016 Exams are to be held in April.

UPTU conducts examination for engineering,pharmacy, architecture and management courses. There are more than 3 lakhs students who appear for exam and the ratio is increasing year by year. There are seats available for both government and private institutions. It has its own reservation criteria for physically handicapped, SC ,ST,OBC and girl students. At the time of counselling, students are taken only on the basis of general ranking and later shuffling is done on the basis of quotas. For admission in government colleges  UPTU general ranking should be under 3000.

As per the new format, it has two papers. The syllabus is based on the topics covered by the UP Board,CBSE Board and ISC board examination. It generally consists of 150 questions each part of Physics, Chemistry and Maths consists of 50 questions and 4 marks for each question is assigned. There is no negative marking for incorrect answers. UPTU has announced all its schedule of 2016 on its official site.

Some government and private institutions under UPTU university–

This year UPTU officially announced its last year UPSEE  question papers. Here you can get the idea of questions and their level of solving. As,practice makes man perfect so practising questions regularly are beneficial to solve paper in less time. Approximately 45 days are left and are enough for the preparation. So start from today. You can also download questions papers from the below link.

If you have any query regarding the post or anything else, leave a comment below we will reply to you at the earliest and stay updated with the page to get all the information of UPTU.

UPTU entrance exam 2016 is conducted by the Uttar Pradesh Technical University, Lucknow . The UPTU exam is known as the UPSEE 2016(Uttar Pradesh State Entrance Examination). The examination is the state level exam and a gateway of various UG and PG courses offered by the most of the institutions of Uttar Pradesh.

The date for filling the application form as well as for the examination dates is being declared. Interested candidates may fill their application form via online from the official website of the university.  So below are the following steps to fill the UPSEE application form 2016. 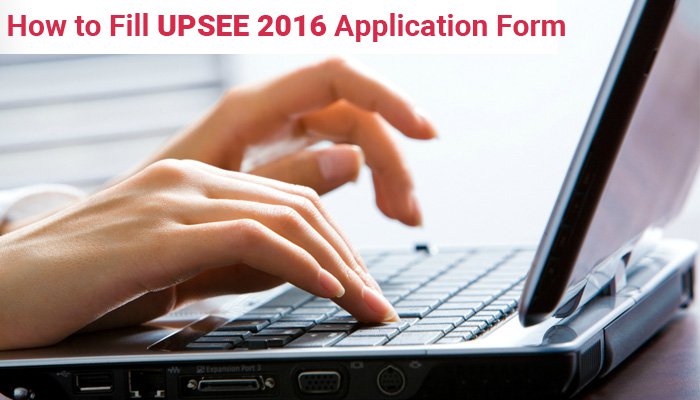 How to fill UPSEE 2016 Application form

In order to apply for UPTU 2016 the candidates have to visit official website of UPTU, on the prescribed date announced by the university. The student has to undergo through following procedure in order to fill application form.

Official date for the UPSEE 2016 Exam has been declared by the Dr. APJ Abdul Kalam Technical University i.e. 17 April 2016 and 23 April 2016 that is to be held in various assigned UPTU exam centres.

If you have any query regarding UPSEE 2016 Exam or anything else leave a comment below, we will reply to you at the earliest.

UPTU khabar has become a good online platform for the AKTU student. In the recent years, we have a broad range of popular events and concerns ranging from students to colleges. If you are passionate and willing to collaborate, you are most welcome to join us as an intern. You can work from anywhere online at your convenience. You can help us in updating the website more regularly, expanding the range of issues that we cover and help us in responding better to emerging situations that require a public intervention. Please write to us at careers@editsoftdigital.in to join us! Please send us a brief note on how what more issues you would like to see on UPTU khabar in the coming days, how can you contribute to it and send us some recent pieces of your work if possible. This would enable us to have some more clarity about your and how do we proceed. You will be given an internship certificate, for whatever it’s worth in this world and will be provided incentives also. With warm regards, UPTU Khabar Team